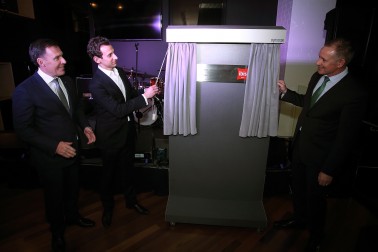 The opening promised to ‘paint the town red’ and that it did with the hotel lit up in red and over 150 guests piling into the venue, eager to catch a glimpse of the contemporary new hotel. Local personalities including My Kitchen Rules 2014 winner Jessica Liebich, The Block’s Lysandra Fraser, Amity Dry and Phil Rankine all put their best foot forward on the red carpet.

Nova presenter Dylan Lewis assumed MC duties introducing a raft of headline talent including Aria nominated Emma Louise who jetted in for a special performance alongside local bands Oisima and Selah:Live who had the crowd on their feet. 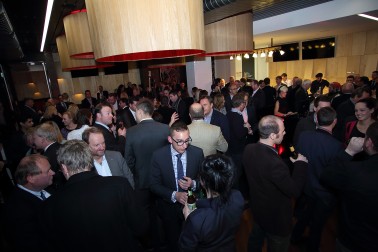 Accor’s Vice President of Operations for Victoria, South Australia and Tasmania, Adrian Williams, was delighted to welcome guests and highlighted the many cutting edge features of ibis Adelaide, including commissioned artwork by street graffiti artist Ghostpatrol and the latest Samsung technology throughout all 311 guest rooms.

Accor’s Chief Operating Officer, Simon McGrath, talked about his confidence in Adelaide’s tourism and hospitality scene and congratulated ibis Adelaide general manager Nathan Frost and his team for an outstanding launch of the hotel.

Not only did the occasion celebrate the opening of Ibis Adelaide also signified the launch of the national ibis campaign, Paint it Red which will support Australian music and music lovers. The campaign includes social media activity, ticket giveaways to the hottest gigs in town, discounts for users of music streaming service Guvera as well as in-hotel features such as local gig guides, music magazines and live performances.

Ibis Adelaide offers 311 state-of-the-art accommodation rooms and excellent facilities for both business and leisure travellers. The new $70million Ibis Adelaide developed and owned by Hines Property group is the most innovative economy hotel built in Australia, let alone Adelaide. On opening of Ibis Adelaide, Hines Property becomes the largest accommodation hotel owner in Adelaide with over 600 rooms across its hotel portfolio and the project joins an extensive collection of large scale development projects completed by the group in the city of Adelaide. Ibis Adelaide is also first new-build Ibis to be developed in Australia since 2008 and the 60th economy hotel in Accor’s Australian network and the largest. 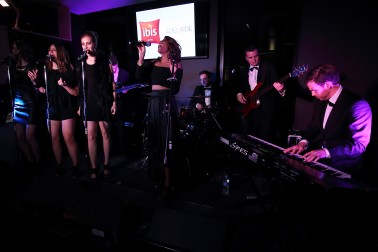