As construction continues on Hines Property’s Ibis Adelaide development, the hotel’s management company Accor has announced plans to begin recruitment for as many as 60 hospitality positions as the property gears up for a mid-year opening.

The 17-storey Ibis Adelaide will become fully operational during this year with new executive roles to come on board as early as mid-next month. This is in addition to the 200 local construction jobs the hotel has already created during the building process under the management of Watpac Construction in a major boost for the tourism economy.

Nathan Frost, General Manager, Ibis Adelaide said: “We are proud to be supporting the local community by injecting 60 new jobs into Adelaide’s hospitality and tourism sector.  Employing locally not only supports the local economy it will also create a distinct flavour of Adelaide into the overall experience for future guests. We very much want the hotel to be an extension of the destination and who better to create that than passionate locals.”

First to come online will be a Director of Sales in mid-March shortly followed by the position of Financial Controller and Human Resources Manager in April. The executive team will be rounded out with the addition of a Revenue Manager, Front Office Manager and Food and Beverage Manager in May when recruitment begins for front line staff also commences.

Visit ibis.com to be one of the first guests at Ibis Adelaide 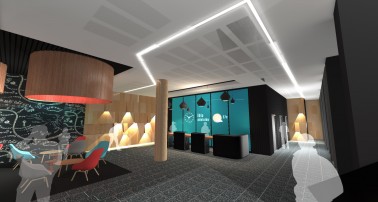