General Manager of Ibis Adelaide, Jeremy Samuels was presented with the award by Dr Tim Cooper of Coopers Breweries.

This award is the third national award for Ibis Adelaide, with the hotel already a recipient of the 2016 Award for Best Tourism & Leisure Development by the Property Council of Australia, and 2015 Best Economy Hotel in Australia at the HM Awards for Accommodation Excellence.

Ibis Adelaide is the largest Ibis Hotel in Australia housing 311 rooms over 16 levels. Developed and owned by Hines Property, operated by Accor Hotels, Ibis Adelaide is located in the heart of the Adelaide CBD on Grenfell Street, adjacent Rundle Mall.

The premium economy hotel opened its doors in July 2014, and includes many elements not typical of a hotel in its category. Ibis Adelaide features a highly contemporary public area design brought to life by French designers Atelier Archange, Space furniture, and a custom designed under lit staircase leading to the level 1 food and beverage areas. Specially commissioned pieces by Melbourne graffiti artist GhostPatrol are in every guest room.

The guest rooms offer floor to ceiling windows, complete with desks that wrap the length of the room, making the most of the views to the Adelaide Hills and Adelaide’s CBD. Equipped with the Ibis’ trademarked “Sweet Bed”, the rooms give guests a five-star sleep at an economy price.

The guest rooms include the latest technology, with forty inch Samsung Smart TVs and high speed Wi-Fi internet. Behind the scenes, Ibis Adelaide is the first hotel in Australia to offer a cloud based telephone system. Ibis Adelaide brings together functional, contemporary design with cutting edge technology. 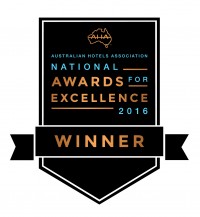 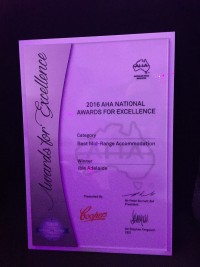