The HM Awards, hosted by television personality Larry Emdur, were held at Sydney’s International Convention Centre last Friday night (September 7) and Ibis Adelaide was awarded in front of a crowd of more than 730 attendees.

This year saw a record number of entries for the awards, with 12 hotels announced as finalists in the Economy Hotel category. 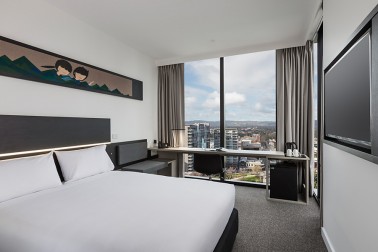